My Grandfather’s Message About Seeking Approval

Ah, when inspiration strikes, go with it, right? As I was walking the other day, I suddenly remembered a conversation that occurred a few weeks ago when my grandfather showed up.
Now, this is my grandfather from my mom's side who passed away when I was 11 or 12.
Anyway, every now and again, he'll pop up in my awareness.

And this was happening as I was contemplating approval.

Some sources say that 80% of what drives us, everything that we do, is driven by an underlying current of seeking approval.

So approval from whom?

One of the most common things I have heard clients say over the years at some point of their transformational journey is: 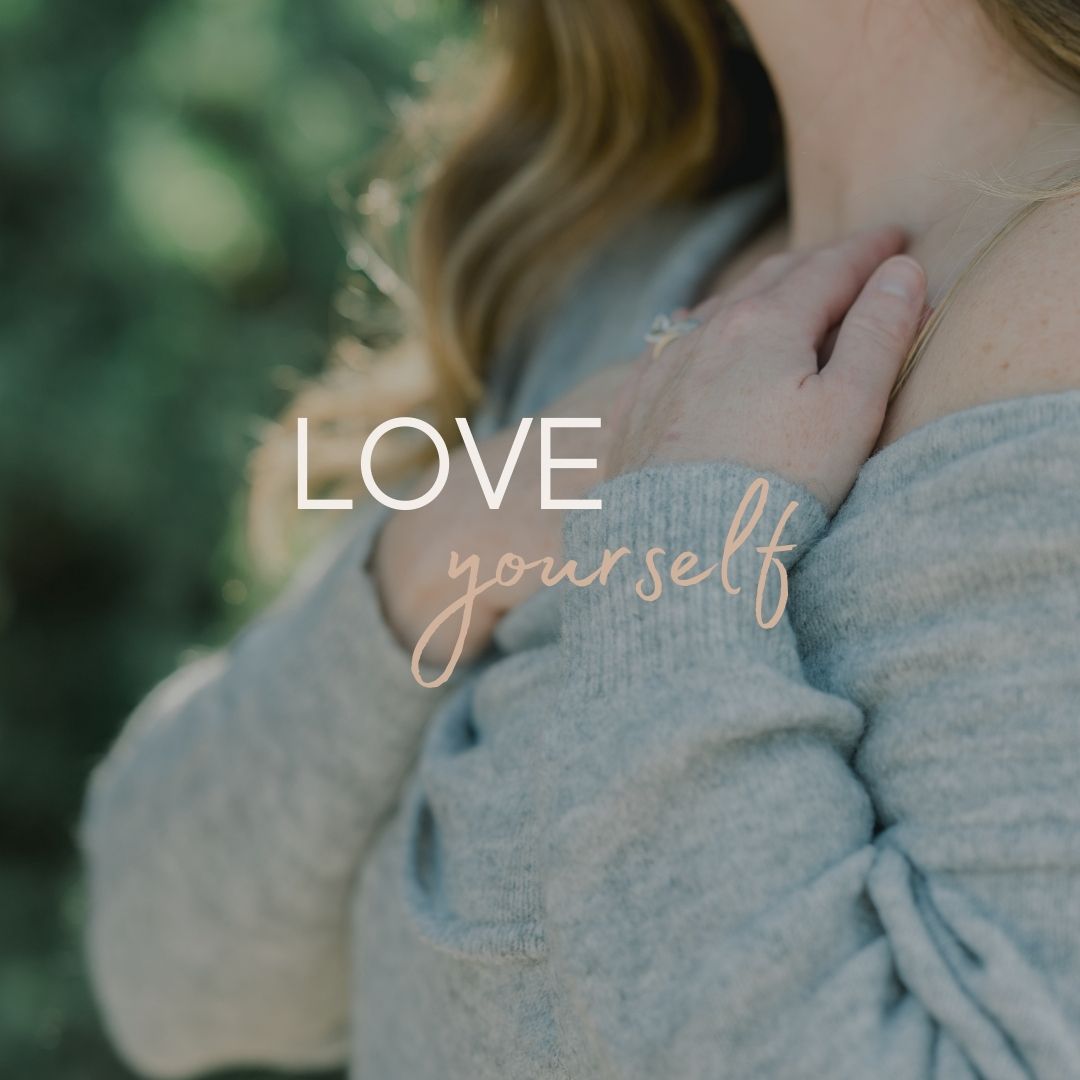 And that's great. And it's beautiful, because that is what we're here for:

To be who we are, right?

And yet, when there's been so much conditioning layered on top that who you are is not enough, is not okay, and doesn't match up to the criteria set by whomever, wherever throughout the generations, then this creates a little conundrum.

And so why did my grandfather show up at this pivotal time?

It was amazing. Sometimes when you're doing healing work, maybe you've experienced this as well, and maybe this is new to you. But wherever you are, I'm sure you can remember, or have experienced that certain words will really, really trigger certain emotional responses within you.

Like even hearing the word money… I mean, that will stir up a whole lot of stuff: good, bad, ugly, everything in between, right? 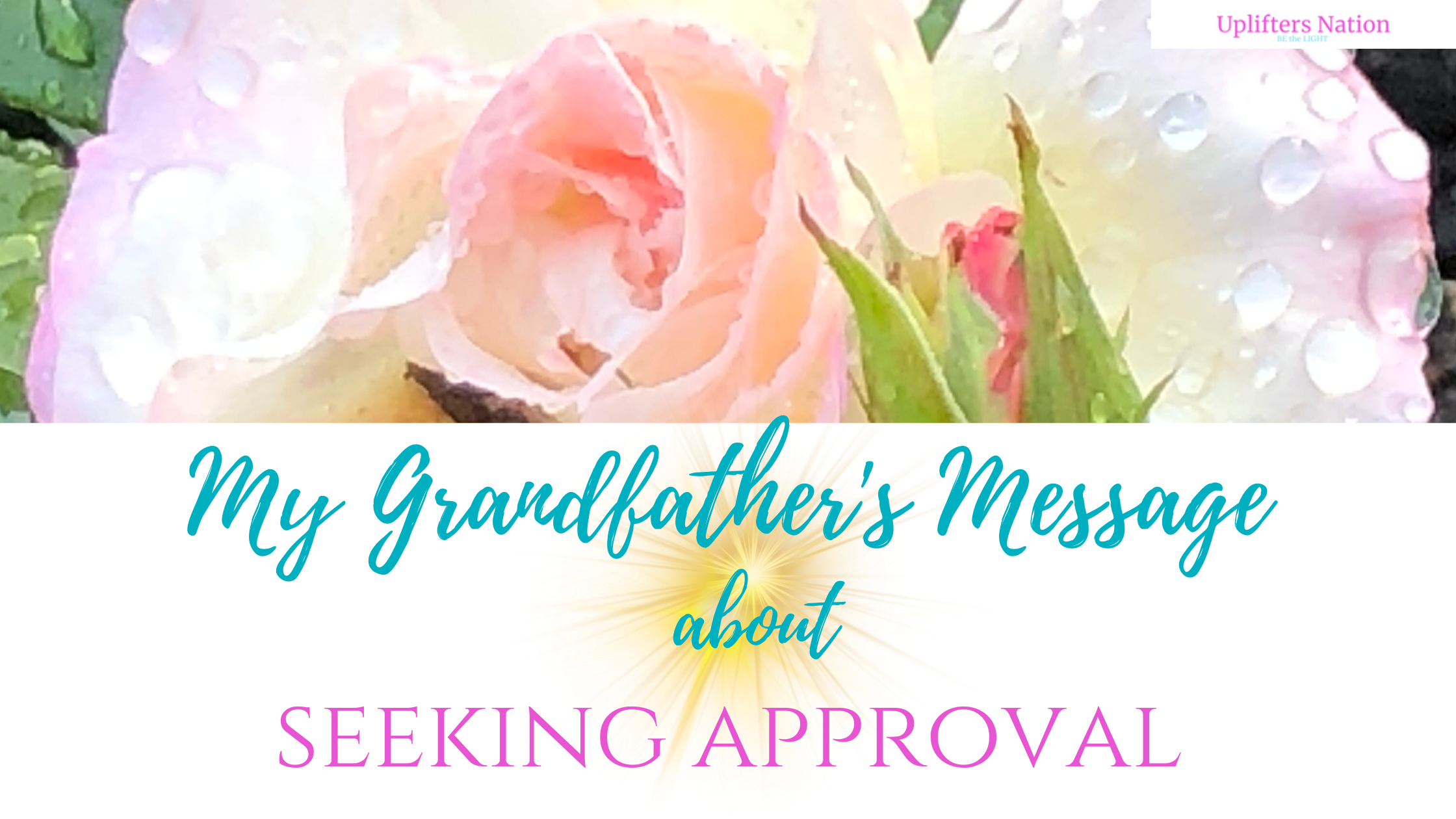 So when my Dutch grandfather showed up, it dawned on me that he had never really approved of some of the actions of my mum until she started to be successful, according to his definitions, and his criteria.
And up until that time, because he didn't approve of some of the choices my mum had made, that was also passed on to the grandchildren, including me.

I always felt that when we would go and see my grandparents, that my grandfather would avoid us as he usually wasn’t there when we arrived. I loved my grandmother. And she loved me, and we loved spending time together. But my grandfather, I really rarely saw him. And I know that some of my other cousins spent a lot more time with him.

So what occurred to me was that in Dutch, the word approval is ‘goedkeuring’, and that literally translates to ‘good examination’. Just like you go and have a medical examination. This is a good examination.

Wow, you know how you can have one of these moments where something just suddenly lands and you get this aha, the light bulbs go off?

I realized that I had somewhere taken on my grandfather's disapproval. So not having given me the pass on the examination of being good according to his criteria. And hence feeling rejected. 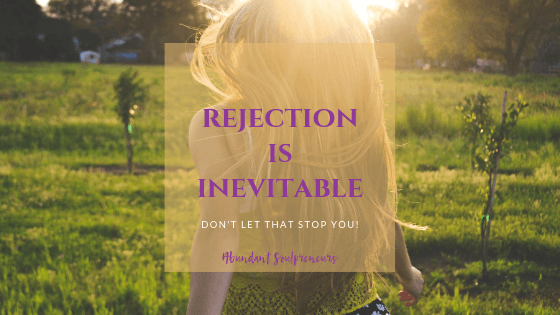 And as he was a self-made multimillionaire and I had stories running of him saying to my mom that it was too bad that she was born in a female body, because otherwise she would have been great in the business.

So here I was walking in the bushlands when my grandfather showed up. And when I had this awareness of this word, and the meaning, he then said to me:

‘It was never never true. And you don't need my approval to be you.’

So there was some forgiveness there as I had a beautiful soul-to-soul chat with him. And feeling the energy shift within me is really quite remarkable.

So where in your life I wonder, might seeking approval be playing out?

This is stuff, as you probably know, that happens under the surface, and it's often held  and stored in deep, unconscious levels. Like the proverbial iceberg...

And what would happen if you were to say:

You know what, anywhere and everywhere that I may have been seeking approval, trying to live up to criteria, I don't even know what they are…I’m willing to let that be cleared now…

Released, dissolved, and recalibrated with the light I am. 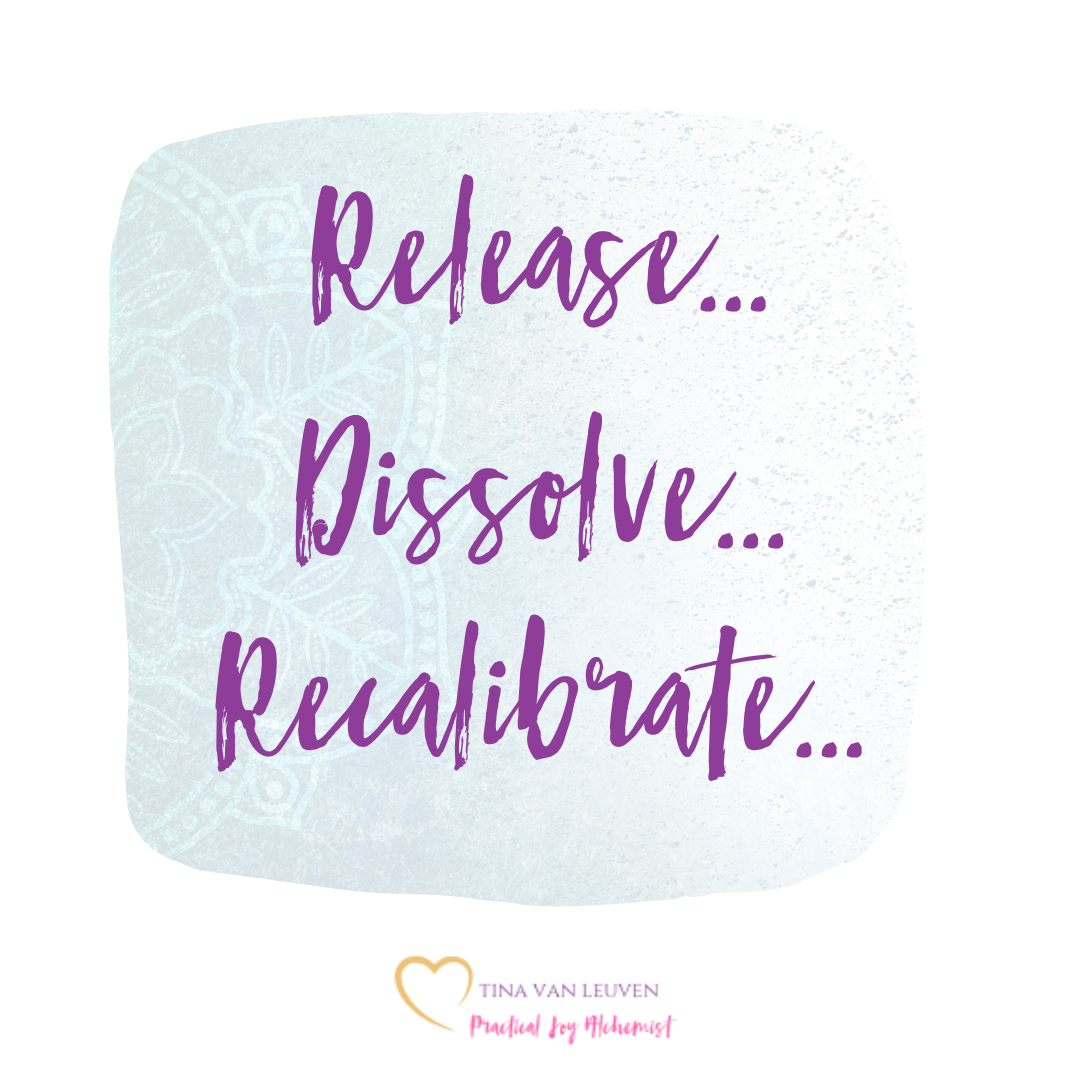 You are an infinite BEing of divine light in this amazing human body.

You don't need anyone to approve of who you are.

You're amazing as you are.

And so you go into trying to please everybody, keeping everybody happy, and thereby settling for less than what you deserve and what you desire. 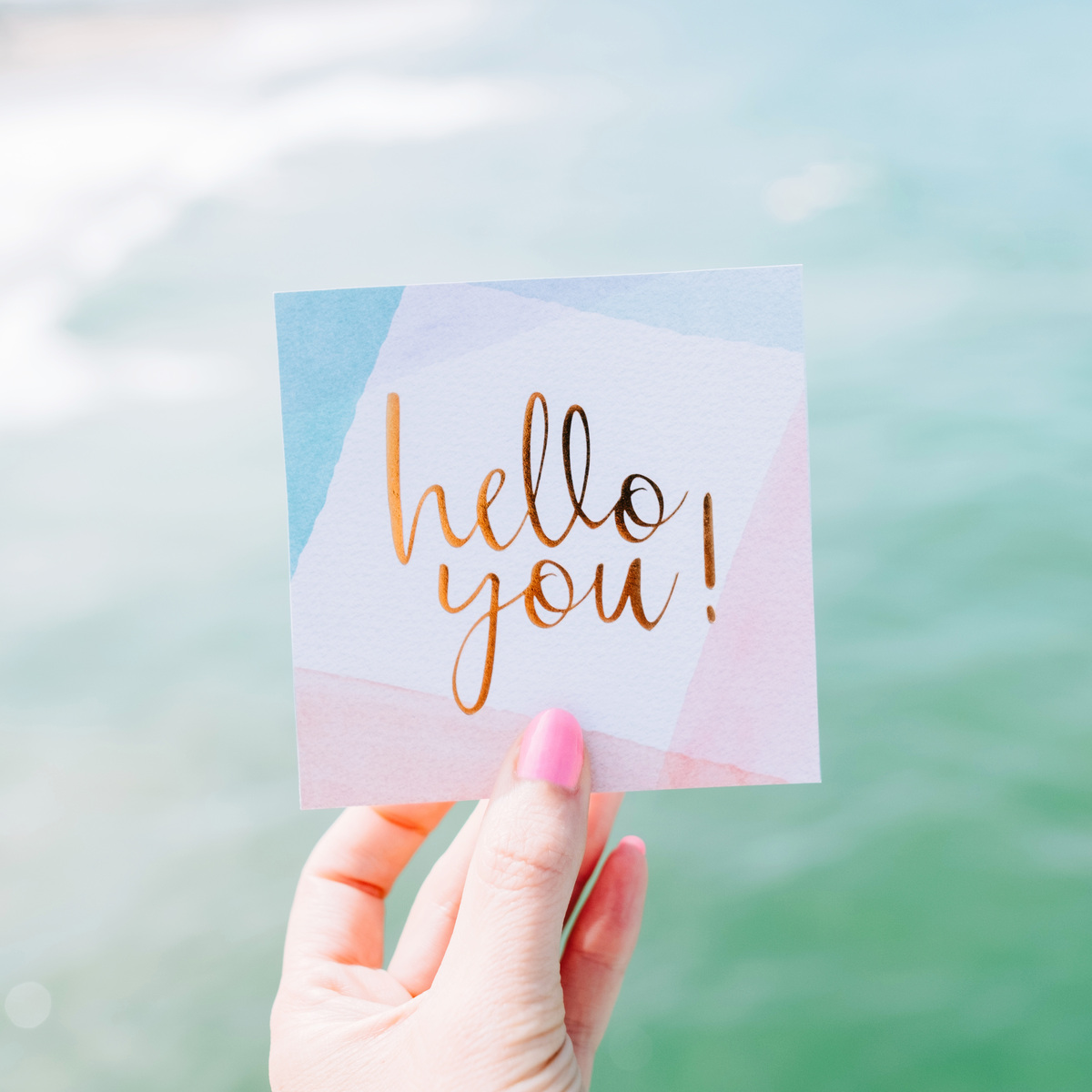 And that comes down to you letting yourself clear the crap that you may have taken on that says it's not okay or safe to be you.

Now imagine with all of that crap turned into fertiliser, what can you sprinkle on to the dreams that are in your heart, that you may have forgotten about?

What becomes possible for you, when you allow all that energy to be transformed and to be optimised to be in resonance with the truth of who you are, the light that you are, and then go about showing up in your life knowing that you don't need to be anything other than you?

Getting that up in your head is one thing.  Letting that be felt within the body… embodying this truth… that’s where the ‘work’ is at.

You know, whether anybody else approves or disapproves?

I know for myself over the last few months, I've been doing a lot of deep healing work and clearing and deconditioning.  I’ve been diving into Quantum Human Design™ and this has been so much fun for me as it’s providing me with this amazing map that gives me really quick access to seeing where energy may have been trapped, where I may have been living out the low frequency expression of my gifts and talents, where I've picked up stuff, you know.

And also where energy is likely to be held that’s been passed down through the generations. And there's so much more to all of this. And then being able to see that for others too. 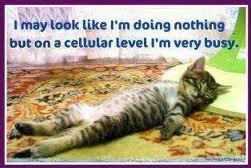 So as I've been practicing and implementing and clearing the stuff and deconditioning all those limitations at yet a whole other level, there comes a point where you have to clear this stuff which has been playing out in the duality game on this planet.

And the more that this is cleared and released, there comes a point where all of a sudden, it's like you are light-lifted out of the matrix that was functioning on this planet for so long with all the agreements that were created in fear that have kept us judging.

Anytime that you judge, you're creating separation. It's fear driven.

And when any of that stuff is playing out and it's been held in your body and the unconscious, then clearing this stuff out takes dedication.  And sometimes you need an experience like I had the other day… where my grandfather just showed up and I suddenly had this awareness of myself as a young girl who had been trying to gain the approval of my grandfather.

Not just for myself… it started in an attempt to help my mom feel better about herself and recognise and know her value and her worth and that she didn't need her father's approval.

A lot of her life was lived trying to get that approval. So who knows how many years that's been influencing what I have, or have not allowed myself to be and do?

With that cleared, it’s amazing how much more energy is now available to be infused into creating what lights me up!

I invite you to contemplate where you may have been seeking approval… and what becomes possible when you allow yourself to be light-lifted out of that. To go quantum level jumping.

And if any of this resonates with you, then you’re going to love the 40 Day Quantum Abundance Reset.

Curious if that’s for you? Check out 3 Clues That You Need An Abundance Reset.

What is The Asking Wound and How Do You Heal It?

Please log in again. The login page will open in a new tab. After logging in you can close it and return to this page.