Can You Guess Who She Is? 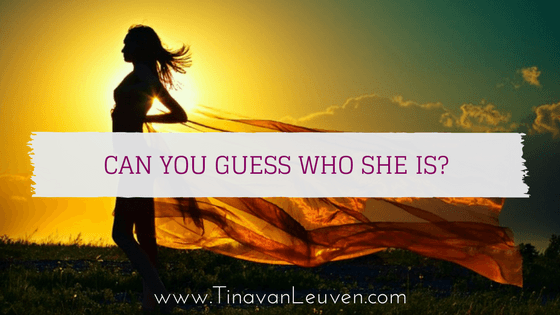 I wonder if you can guess who she is?…

A dear friend of mine shared some amazing stories with me last night while we were at the beach, enjoying this sunset.

She is a very well known personality, a household name, and travels all over the world.

From the most exquisite places on this planet to time in war zones and crime scenes. The people she mingles with come from all walks of life, ranging from drug lords, world leaders, the greatest visionaries, change agents and everything in between.

She is a bright light. In fact, I would call her an embodiment of love.

We have an interesting relationship. I have known her for what feels like forever. She comes and goes with her travels and yet we are always connected. There have been times when she didn’t visit for a while but then she’d make up for it later.

As you can imagine, with the amount of traveling she does, she can tell you a story or two from her experiences…

She doesn’t judge anyone, even though many have judged her and called her all kinds of names. In fact, she has been accused of ruining people’s lives, ripping families apart, bringing down large companies and a whole lot more.

On the other end, she has also been celebrated for bringing a lot of light where there seemed to be none. For example, through schools and orphanages being built, clean water made possible in areas where there was so much pollution that the water was too contaminated to drink, and bringing people together who awaken consciousness and build businesses which support life for all.

She is an inspiration in many ways.

She has this irresistible quality about her which can make people do the strangest things in an attempt to possess her! She told me of men and women wiling to sell their soul to claim her, leaving all their values behind and doing things which would most likely make you and me cringe…

It’s that I know her so well, otherwise I’d think she was making it all up.
How she manages to come out of these situations to talk about it often amazes me. I guess it is because she simply IS.

I haven’t talked much about her so you might be wondering why I am talking about her now?

Well, she revealed a side to me last night which I had not seen before. Now that I have seen it, I know she tried to share this on many occasions but I guess I just didn’t catch on.

It really moved me and let me see her in a whole new light.

She told me that, even though she will go anywhere and spend time with anyone, regardless of who they are or what they do, that she does wish that people would acknowledge her for who she truly is, that they would see the truth of her and appreciate her light.

That it really saddens her to have all these stories projected onto her which have had people justifying the most horrific actions, even going so far as to kill other beings so as to try and possess her.

She loves to move freely and cannot be held onto. So these attempts to own her are like trying to claim the air you and I breathe. The trees breathe out and that is the air we inhale. It is her nature to circulate.
She said that if people knew the truth of who she is, that it would change their lives. In fact, it would change the world.

She loves to visit those who cherish her light and acknowledge her for who she is. She said her story has been distorted for too long and that the time is now for this to change.

Maybe you have already guessed who she is….
If I told you who she is, will you support her?

P.S. Her name is…. Money. Go ahead and read the above again, knowing it is her, and notice how you feel…

What Blocks Your Flow of Joy?

What Blocks Your Flow of Joy?

The JOY Principle of JOYful Living

The JOY Principle of JOYful Living

The Biggest Risk You Will Ever Take

The Biggest Risk You Will Ever Take

When the Spiritual Rubber Hits the Practical Road

Please log in again. The login page will open in a new tab. After logging in you can close it and return to this page.